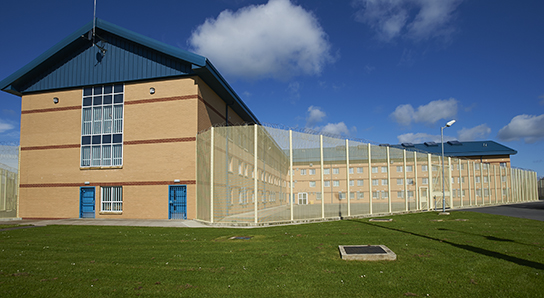 The prison was created in 2011, when the Ministry of Justice announced that a number of prisons would go out to tender, Sodexo Justice drew on its 20 years’ experience to present a development plan for augmenting prisoner services and subsequently was awarded the contract.

When Sodexo took over the operational management of the prison in 2013, HMP Northumberland became our first public sector facility, and the largest in our portfolio – spanning 425,622m2.

HMP Northumberland was originally two separate prisons, which were brought together in 2011, and the size and scale of the operation brought fresh challenges and opportunities. We were able to demonstrate a clear mobilisation plan that encompassed several key delivery milestones for the different stakeholders involved in the transition from public to private prison.

By introducing new IT systems we have been able to streamline processes, reports and data capture methods which has freed up vital staff hours to allow for greater focus on reducing reoffending, this includes the introduction of interactive kiosks which allow prisoners to manage their money, family visits, menu orders and telephone credit.

The latest technological addition coming to the prison is the in-cell telephony system, providing residents with far greater privacy when making calls to friends and family.

Details about all prisons across England and Wales are available on the Ministry of Justice website.